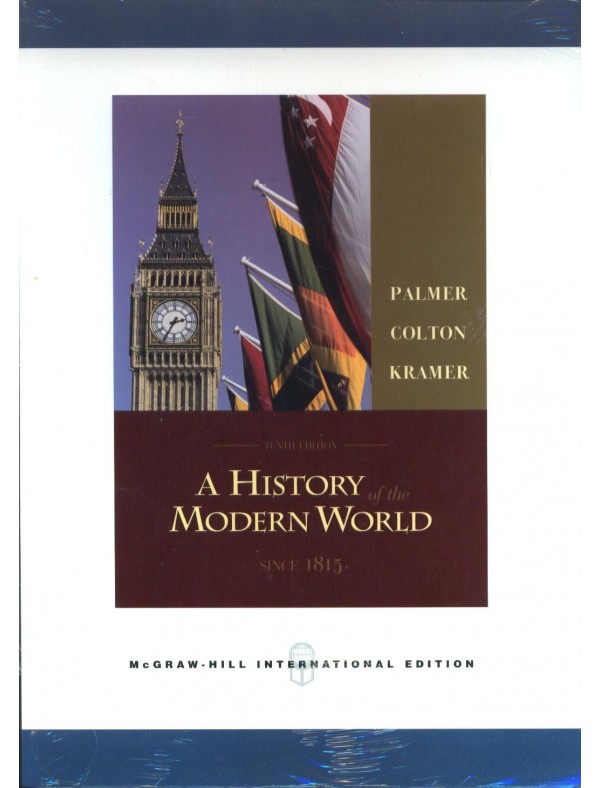 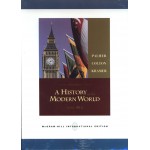 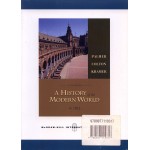 В НАЛИЧНОСТ
Volume 1: To 1815
Volume 2: Since 1815
Автори: Palmer, Colton, Kramer
Издание: 2007
Страници: 1219
History of the Modern World is a careful, well-written narrative of major events from the late Middle Ages to the political and religious conflicts at the beginning of the twenty-first century. It offers a wide-ranging survey that helps readers understand both the complexities of great events (e.g., the French Revolution, the First World War, or the collapse of great imperial systems) and the importance of historical analysis. It also provides a careful summary of the modern political changes that have affected the social and cultural development of all modern cultures. Throughout the book's lifetime, A History of the Modern World has been hailed as an elegantly written historical narrative, filled with analysis and balanced historical insights as well as its traditional attention to the processes of historical change, conflict, and political transformations. The tenth edition has been updated to include the clear maps, the survey of global economic connections, the chronologies, the illustrations, and the up-to-date bibliographies that today's students need and expect --This text refers to an alternate Paperback edition.
About the Authors
R.R. Palmer received his B.A. from the University of Chicago, his PhD from Cornell University, and honorary degrees from the Universities of Uppsala and Toulouse. He taught at Princeton University, Washington University, and Yale University before retiring in 1977. The author of Twelve Who Ruled: The Year of the Terror in the French Revolution, Age of the Democratic Revolution, The World of the French Revolution, and The Improvement of Humanity: Education and the French Revolution, Palmer has also translated such books as Georges Lefebvre's, Coming of the French Revolution, Louis Bergeron's, France Under Napoleon, and Jean-Paul Bertaud's, Army of the French Revolution and has served as editor and translator of From Jacobin to Liberal: Marc-Antoine Jullian, 1775-1848. He served as President of the American Historical Association in 1970 and has been the recipient of the Bancroft Prize, 1960 and The Antonio Feltrinelli International Prize for History in Rome, 1990.
Joel Colton received his B.A. from City College of New York and his PhD from Columbia University. He served as Professor of History at Duke University from 1947-1989, as the Director of Research and Fellowship Programs in Humanities at the Rockefeller Foundation and as a fellow of the American Academy of Arts and Sciences, the Guggenheim, the Rockefeller Foundation, and the National Endowment for the Humanities. His books include Compulsory Labor Arbitration in France, 1936-1939, Leon Blum: Humanist in Politics(for which he won the Mayflower Award), and Twentieth Century and he has made numerous contributions to journals, encyclopedias and collaborative volumes.
Lloyd Kramer received his M.A. from Boston College and his PhD from Cornell University. He is currently Professor of History at the University of North Carolina at Chapel Hill where he specializes in Modern European History with an emphasis on 19th century France, Global History and cross-cultural exchanges in Modern World History. His publications include Threshold of a New World: Intellectuals and Exile Experience in Paris, 1830-1848; Lafayette in Two Worlds: Public Cultures and Personal Identities in an Age of Revolutions; Nationalism: Political Cultures in Europe and America, 1775-1865. He is co-editor of Learning History in America: Schools Cultures and Politics and has contributed "Literature, Criticism, and Historical Imagination: The Literacy Challenge of Hayden White and Dominick LaCapra" to The New Cultural History. --This text refers to the Hardcover edition.

A History of the Modern World: 2 Vol. Pack