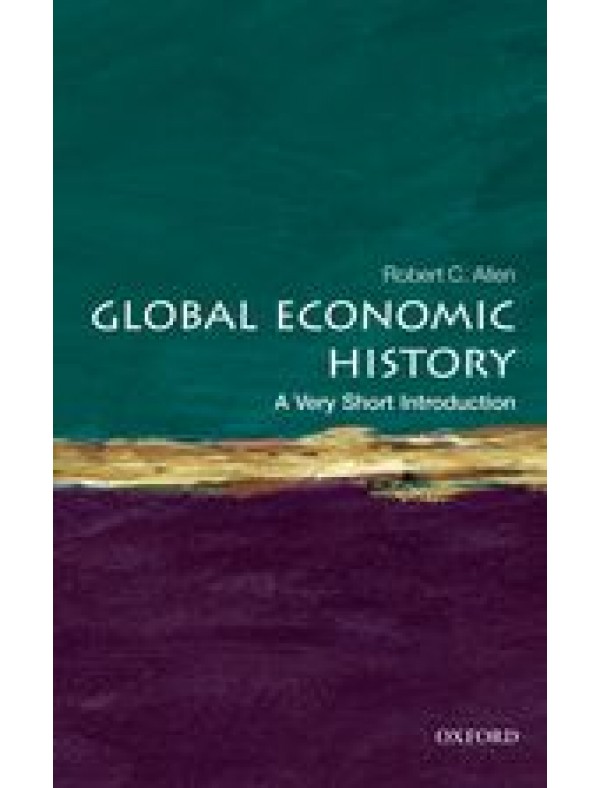 Takes a global look at the wealth and economic history of countries around the world
Uses historical examples to show the strengths and weaknesses of state intervention in the economy
Considers the various factors that influence economic growth, including culture, institutions, technology, the natural environment, income distribution, and the standard of living
Exposes the historical processes that have created the unequal world we live in today
Considers recent developments such as the 'great divergence' debate and empricial studies of economic growth by economists
Part of the bestselling Very Short Introductions series - over three million copies sold worldwide
Why are some countries rich and others poor? In 1500, the income differences were small, but they have grown dramatically since Columbus reached America. Since then, the interplay between geography, globalization, technological change, and economic policy has determined the wealth and poverty of nations. The industrial revolution was Britain's path breaking response to the challenge of globalization. Western Europe and North America joined Britain to form a club of rich nations by pursuing four polices-creating a national market by abolishing internal tariffs and investing in transportation, erecting an external tariff to protect their fledgling industries from British competition, banks to stabilize the currency and mobilize domestic savings for investment, and mass education to prepare people for industrial work.
Together these countries pioneered new technologies that have made them ever richer. Before the Industrial Revolution, most of the world's manufacturing was done in Asia, but industries from Casablanca to Canton were destroyed by western competition in the nineteenth century, and Asia was transformed into 'underdeveloped countries' specializing in agriculture. The spread of economic development has been slow since modern technology was invented to fit the needs of rich countries and is ill adapted to the economic and geographical conditions of poor countries. A few countries - Japan, Soviet Russia, South Korea, Taiwan, and perhaps China - have, nonetheless, caught up with the West through creative responses to the technological challenge and with Big Push industrialization that has achieved rapid growth through investment coordination. Whether other countries can emulate the success of East Asia is a challenge for the future.
ABOUT THE SERIES: The Very Short Introductions series from Oxford University Press contains hundreds of titles in almost every subject area. These pocket-sized books are the perfect way to get ahead in a new subject quickly. Our expert authors combine facts, analysis, perspective, new ideas, and enthusiasm to make interesting and challenging topics highly readable.
Readership: General readers, students of economics, politics, and history who want an overview of world development, as well as professionals and activists concerned about international poverty, globalization, and climate change and social scientists dealing with economic growth, social development, and global history.