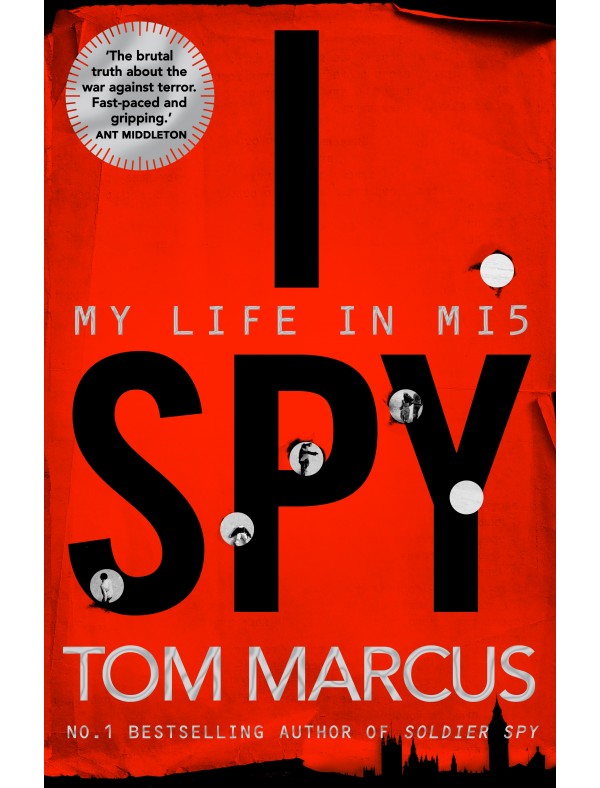 Tom Marcus spent years of his life working covertly against those who want to do us harm. Now, for the first time, he tells the full story of what it is like to live your life in the shadows and who you need to become to survive.

First published in 2016, Soldier Spy was a series of stories from Tom's years in MI5 and has now sold over 250,000 copies across all editions and was a Sunday Times bestseller for five months. I Spy takes us deeper into his life as a spy.

Tom Marcus, former MI5, grew up on the streets in the north of England. He joined the army at sixteen and went on to become the youngest member of the Armed Forces to pass the six-month selection process for Special Operations in Northern Ireland. He was hand-picked from the army into MI5 as a Surveillance Officer. He left the Security Service recently after a decade on the frontline protecting his country due to being diagnosed with PTSD. An extraordinary battle and recovery took place, which led Tom to write his first book, Soldier Spy, which has been vetted and cleared for publication by MI5; it was the first true ground-level account ever to be told, and the first time in the Security Services' history that a Surveillance Officer has told the real story of the fight on our streets. Soldier Spy went straight to number one on the Sunday Times bestseller list.